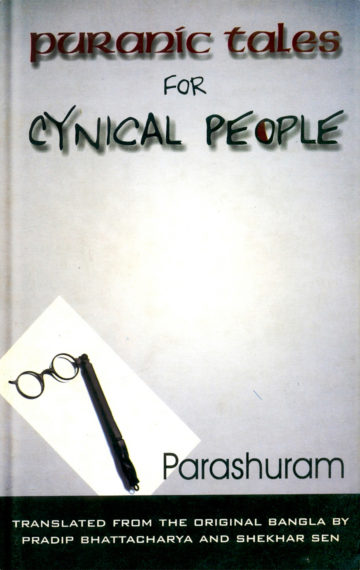 In a style that is curiously light and acerbic at the same time, Rajshekhar “Parashuram” Bose places well known charactrs from the Puranas in situations that “might have been”. Surpanakha’s wooden nose and ear pieces fall off as she becomes hysterical reminiscing about her heartbreaking love for Ram; Mahaver Hanuman’s wife hunt ends in despair; Durvasa finds his rattle years later, in the Kali yug, tangled in his beard – thanks to a few mice; and Hanuman appears again at a séance in the 1950s to explain Ram’s rule and the politics of power and even delivers the proverbial kick in the butt to a couple of so called patriots.

This vintage wine in a new bottle has the fizz and bite to make even the most hardened cycnics drunk on laughter and make them sit back and say, “Didn’t I tell you so?”